Carnegie is now in Beta

Hot and crispy games just out of the oven
Forum rules
Please DO NOT POST BUGS on this forum. Please report (and vote) bugs on: https://boardgamearena.com/#!bugs
Post Reply
20 posts

Carnegie is now in Beta

Carnegie is a new heavy economic Euro designed by Xavier Georges, with art by Ian O'Toole, and published by Quined Games. Carnegie was inspired by the life of Andrew Carnegie who was born in Scotland in 1835. Andrew Carnegie and his parents emigrated to the United States in 1848. Although he started his career as a telegraphist, his role as one of the major players in the rise of the United States’ steel industry made him one of the richest men in the world and an icon of the American dream.

Andrew Carnegie was also a benefactor and philanthropist; upon his death in 1919, more than $350 million of his wealth was bequeathed to various foundations, with another $30 million going to various charities. His endowments created nearly 2,500 free public libraries that bear his name: the Carnegie Libraries.

During the game you will recruit and manage employees, expand your business, invest in real estate, produce and sell goods, and create transport chains across the United States; you may even work with important personalities of the era. Perhaps you will even become an illustrious benefactor who contributes to the greatness of his country through deeds and generosity!

The game takes place over 20 rounds; players will each have one turn per round. On each turn, the active player will choose one of four actions, which the other players may follow. The goal of the game is to build the most prestigious company, as symbolized by victory points.
Top

Hi
Great news this is available now.
Is the solo version up and running as well with the AI Andrew?
If so how to I get onto the solo version as the system keeps asking me to choose a friend to play.
Th@nks
Top

To play a solo game, follow these steps: *For solo games, the only important difference is that real time games time out if nothing happens for a few hours, so if you don't expect to finish all at once, choose Turn Based. You can always change from Real-Time to turn based after the game starts.
Top

One suggestion for a variant for the game on BGA would be a "Fast Mode" where certain steps are performed simultaneously.

The developer himself has suggested that some actions may be performed simultaneously on BGG.


One criticism I sometimes read about the game is the length of the games. It's true that the learning curve of the game is real, and the first game can be difficult. But don't worry, the real boardgame can be much faster than BGA, because some actions (such as human resources) are easily played simultaneously.

As mentioned the above changes do have additional strategic implications but may still be a preferred option for what may be a significantly reduced game length, especially when playing in turn based mode.
Top

Thanks for some very detailed suggestions. I should note the designer’s comments were referring specifically to playing in person, which does also imply a less competitive, calculating style of gameplay than you might find on BGA. I expounded on this thought in a completely unrelated BGG thread, and will share my observations here.

The BGA implementation follows the rules as written, which are unambiguous about the timing for the Events and Use Departments phases (page 8).
I have noted that it would be possible to add simultaneous play to some actions as a game option, but have not made it a priority, as it introduces a lot of situations that get messier the more I think about them.

For example, consider a case where HR takes place simultaneously. The player who is third in turn order realizes it's very important to pay attention to what the player second in turn order is doing because the second player will call the action next round. The rules imply that the third player has a right to see what HR actions the second player will take. This is an important part of the game, that might not be as apparent to first time players who are joining a table without realizing what this option implies.

There are one-off, convoluted solutions to cases like this, such as adding a "wait for previous player" button, but it ends up being more trouble than it's worth, since the rules already govern how this is supposed to be resolved. The same can just as well apply to all of the other actions that have been proposed as simultaneous. I might do an RnD action differently based on what others are preparing to do.

A simultaneous variant will likely come across to new players as a default option, and the primary objective of this adaptation is to provide an opportunity for everyone to form an impression of the unadulterated, original game. I haven’t done a deep dive to verify this, but Carnegie doesn’t seem longer in turn based mode than many games of comparable weight.
Top

A simultaneous variant will likely come across to new players as a default option, and the primary objective of this adaptation is to provide an opportunity for everyone to form an impression of the unadulterated, original game. I haven’t done a deep dive to verify this, but Carnegie doesn’t seem longer in turn based mode than many games of comparable weight.

Fair enough, I can get on board with keeping things Rules as Written esp while the game is in KS stage to give people the true experience of what they may be buying.

I think we may be on a different pages in terms of simultaneous actions. In the ways I listed I was imagining the simulatenous moves happening essentially hidden to other players with all choices revealed only once all players finished their turns. This would prevent someone from timing out other players in order to gain extra information. Of course this method would only be doable in the BGA version and not the live version.

I agree and mentioned this would change the strategy significantly in that currently players further in the turn order have an advantage in information for workplacement that they would not have if everyones HR turn happened simultaneously and hidden. For this reason it should definately be considered a variant.

Should stress, I dont expect any of these suggestions to be implemented, just sharing ideas/brain farts

. I really appreciate all the hard work that has gone into this thus far and have enjoyed the games I've played of it. I think I saw the developers comment and it got me thinking as to how you would actually implement it in practice. The ways I listed above were the best I personally came up with and still had many caveats to make it work and ofc other people may think of better suggestions than the ones i listed for simultaneous actions.
Top 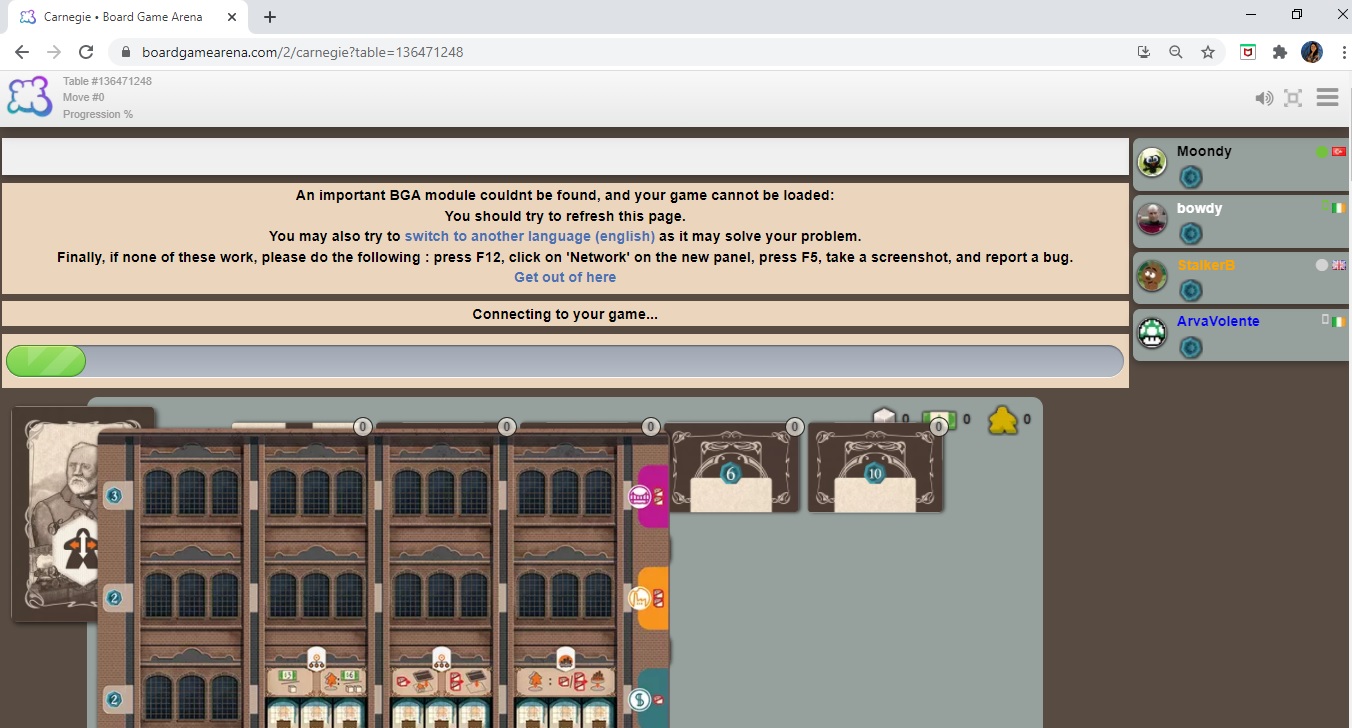