Forum rules
Please DO NOT POST BUGS on this forum. Please report (and vote) bugs on : https://boardgamearena.com/#!bugs
Post Reply
70 posts I would suggest starting in the corner on this board, partially to reduce possible second moves but mostly because picking one side can hopefully divide the game into an attacking half and a defending half, since the X and O don’t seem very intermingled here. Above is what I would do, but any move in that corner feels safer to me than the middle.
Top

There have been many ideas; many of them are great, and I'll provide mine as well. Not that it is definitely the best, it's just my take on it. It's a bit neutral, I suspect it's better for X, but O has a follow-up move that isn't particularly favorable for X. X is probably up by 1 pt due to starting spatial advantage, but at least we can try and overcome it...perhaps.

Csaphiro's opening is interesting. Looks like a +1 for X, which I think is slightly in favor of O. O might just follow up with L4 from the bottom of the I4, which isn't too bad for X, but it may be considered.

To cheery dog: I won't necessarily want to throw T4 down to the bottom (if I'm interpreting correctly), it looks...heavily in favor of O.
To nmego: It may be a bit easier to see the exact move if you upload an attachment, or give the position in chessboard locations. From my understanding though, it might also be too favorable for O. As for terminology, there are no universally agreed ones, I just carried them over from my favorite abstract "Blokus." The LITS game is consisted of four pieces with 4 tiles each, and thus, L4/I4/T4/S4.

To T72on1: You may assess each idea and pick the one (your own even) you like most. We don't necessarily have to make the best moves; we can also see the long term effects of flawed moves and learn from them

At present (springtime in Cape Town?) I feel more aggressive than defensive, the central openings seem more exciting and fun, I like T72on1's move, it looks fair to both sides to me, so I'd like to be shown how wrong I am.... but I'm not fussy, all openings really interest me.... but that would be my choice.
Top

In that case I'll play my own suggestion, just to see how it goes

I only realized afterwards that others can't see to which player the O en X initially go. I'll correct that in my next pictures.
Top 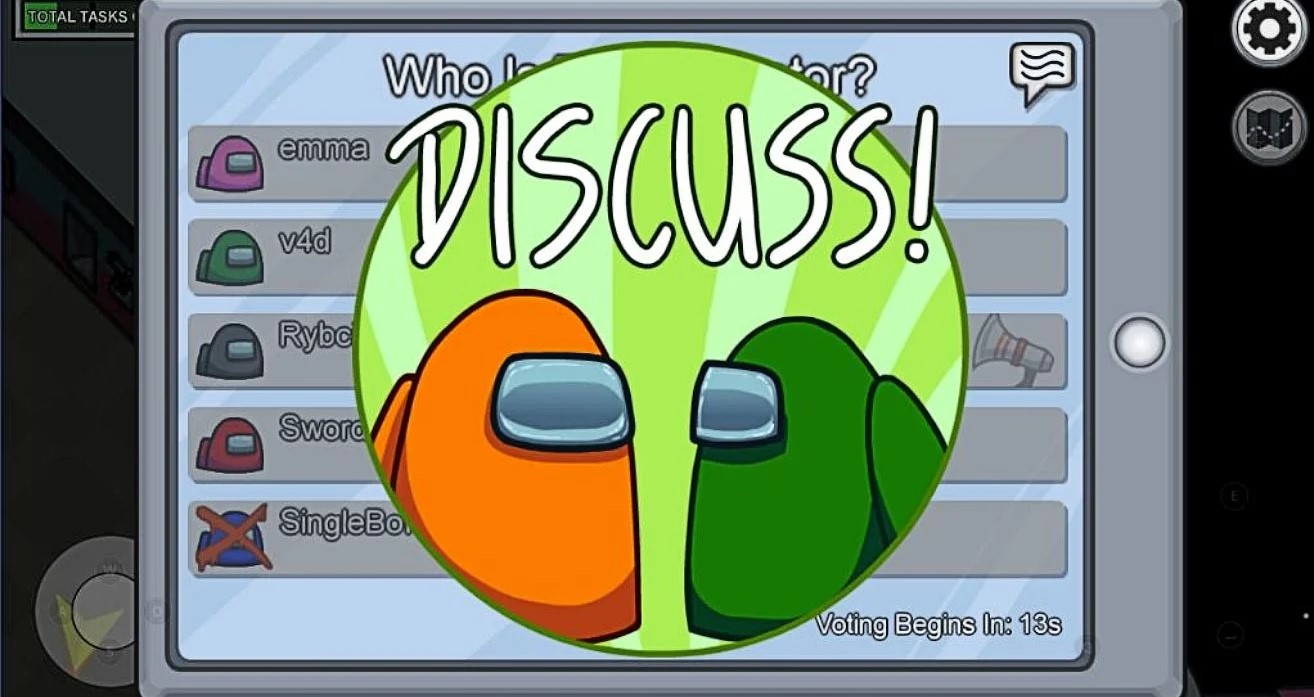 whb has just played 2.Lhg5 in reply to our 1.Te56. (see https://boardgamearena.com/1/battleofli ... =114511392 )
I'm using standard chess notation to denote the 100 squares on the board: files (vertical lines) indicated by small letters a to j, ranks (horizontal lines) by numerals 1 to 10. (I drop the 1 of the 1 as redundant, using 0 to mean 10). Ranks are numbered upward starting with 1 at the bottom of the board.
I show a T move by the letter T followed by the square at the foot of the T followed by the next square of the T. For all other pieces, I start at one end of the piece and name only two adjacent squares. Ls are started at the short leg. Ss can be named from either end, so can Is. When Ls and Ss are flipped over, they should be called Js and Zs.
For move 3 I suggest Jed9. If then whb plays 4.Tcb7 it gives us 2 threats: Jba0 and Lba4.
Against 4.Thg3 we have 5.Ii23. Against 4.Tg98 we are not under any further pressure in that area and can go on making our own plans.
How about 3.Ja76? It allows 4.Tbc8 which is worth about 6 points and we have the 4-point reply Sde9 which does not expose anything not already exposed.
Top

At the end of the line we'd have gained 4+3 points versus opponent's 6 points. we're still down 1 and opponent has the move, I think that 4.Tbc8 is just too strong.

I was thinking that after 3.Jed9, whb has 4.Jcb8!? giving him 2 points, in addition to protecting at least a bunch of Os. It is probably at least a 4-5 points move

--------
I think that whatever move we play in the north-west corner, opponent has a monster move to counter

How about playing Jed4? It is a safe move that doesn't give opponent any good reply. forces them to play a move, and if it is in either of the northwest/southeast corners we can capitalize on that I think. It is a 3-point move that should indirectly protect at least 1 X at the bottom.
Top

If I understand the notation (not completely sure I do) the suggested move in red here, and first counter move in green, is pictured below? If I were O I would probably not counter with the T but with the S marked in blue below. (Sf9g8? Zf9g8?) to protect 3 Os, take three Xs, and expose very little. For my part as X I suggest the move pictured below. (Ii58?) to protect 2 Xs and expose no move that only takes X not already exposed. We have to cover the O symbol. Maybe I'm just too tired, but I find these chesslike notations confusing. Nothing like a good old picture: 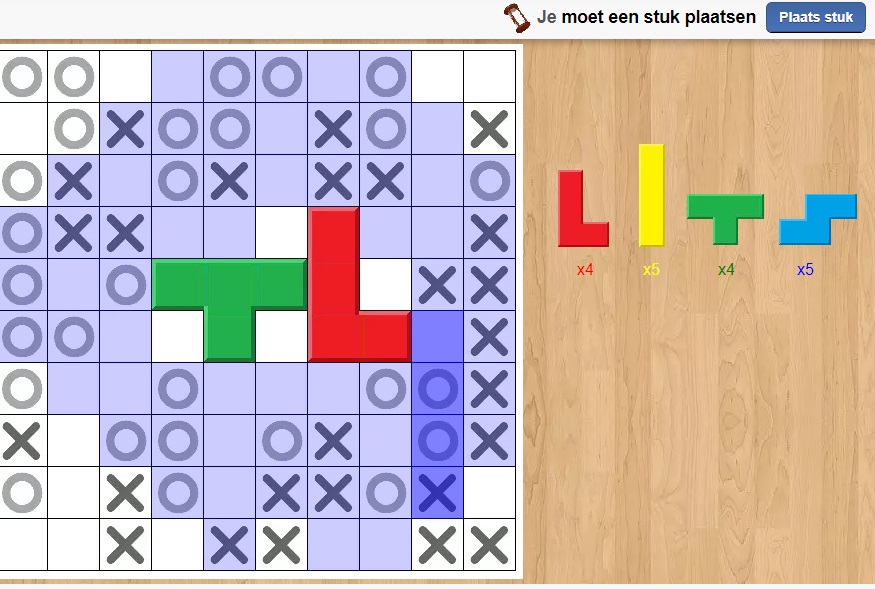 I think you should give the chess notation some time and focus, it should work, maybe some practice with translating the moves into chess notation would help. I think it would be a great way to communicate instead of the hassle of making a picture for every move.

@csaphiro, the issue with your Ii56 (or Ii87, both mean the same). It does protect 2 Xs, but it protects the top O as well, and the bottom X is still vulnerable, to a nasty I. It also covers an X, so it doesn't give us that many points.

Return to “Battle of LITS”